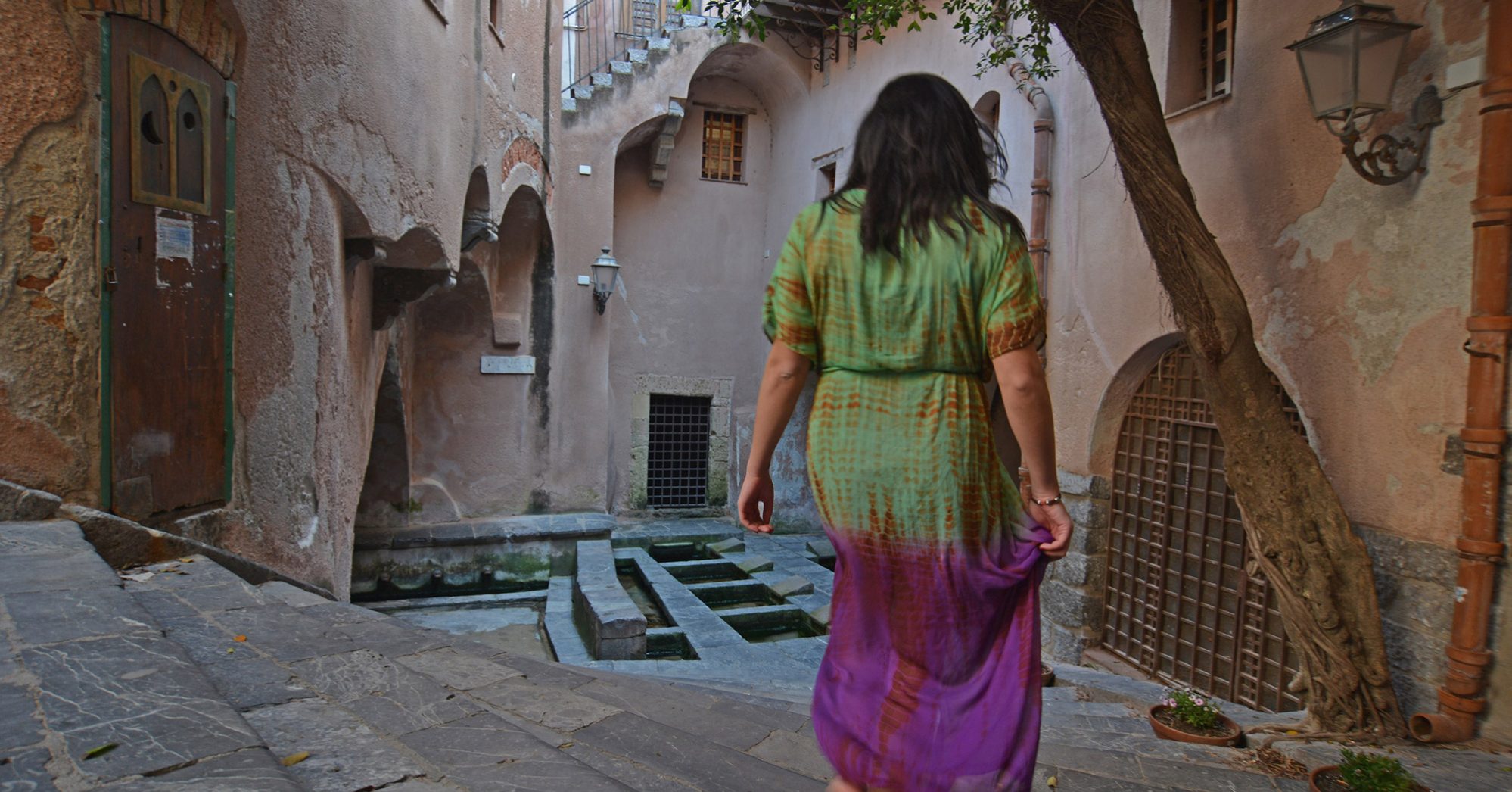 The medieval wash-house of Cefalù

A trace of the past, a symbol of everyday Sicilian life

What is a place without a trace of its past? To properly get to know a city, a country, or a land, the only thing to do is to look for the stories and the legends that reveal its most ancient soul, where habits, beliefs and traditions reside.

Past the long stretch of beach of Cefalù, between the narrow streets of this town in the municipality of Palermo, we reach via Vittorio Emanuele, that hides a precious spot, only a few meters under street level: the medieval wash-house. Through a wide staircase made of lava and lumachella stone with a slight spiralling pattern, we can catch a glimpse of the public wash-house near the Late-Renaissance Palazzo Martino.

“Here flows Cefalino, more salubrious than any other river, purer than silver, colder than snow”. An inscription at the entrance to the wash-house gives, from the very start, the idea of a curious place, that hides a special story. According to legend, the river Cefalino is born from the pain of a nymph who, after killing her unfaithful lover, regretted her actions, drowning the old wash-house of Cefalù in tears.

The river from the legend used to originally flow under the open sky, alongside the wash-house but was covered in the 17th century. A simple modification, that allowed the river to flow straight into the sea through a set of pipes and out of a small opening.

This wasn’t the only change because, even before this, in 1514, the medieval wash-house was demolished and then rebuilt further out of the city walls. The restoration works were completed in 1991, enhancing the place that represents an example of medieval Sicilian life for all the tourists who come to Cefalù every year.

Twenty-two cast-iron mouths, of which fifteen are shaped like lion heads, are laid out along the walls of the wash-house, with low overhanging vaults. The washerwomen used to come here to do the laundry, among the cries and the Sicilian songs, using the special tubs to rub the cloths. What was once a daily ritual of the past, today is a solid symbol of the still intact history of the seaside village of Cefalù.

It is thought that until a few years after the restoration of the ancient wash-house, the washerwomen continued to use the tubs to rub and clean their clothes because they didn’t want to abandon the ancient Sicilian customs.

The icy waters of the river Cefalino, that flow into the sea, the shining stone of the wash-house, as well as the great arch that towers over the covered area and the large staircase, are, therefore, among the many attractions of the town, recognised as one of the most beautiful places in Italy, where history, art, and culture coexist in harmony and where tourism is always alive.

Especially in summer, many tourists take advantage of the fresh atmosphere of the medieval wash-house, sitting on the lumachella steps in the shadow, before resuming the journey towards the other fascinating places of Cefalù. A few steps away, for example, along the road once known as “del Fiume”, is the characteristic port, but also the main Piazza with the towering Duomo.

Ivan Mocciaro, 45, degree in Political Science, journalist Republic and Friday of the Republic, was editor in charge of the weekly Eco of Madonie, has gained a long experience in press offices and boasts multiple journalistic collaborations.