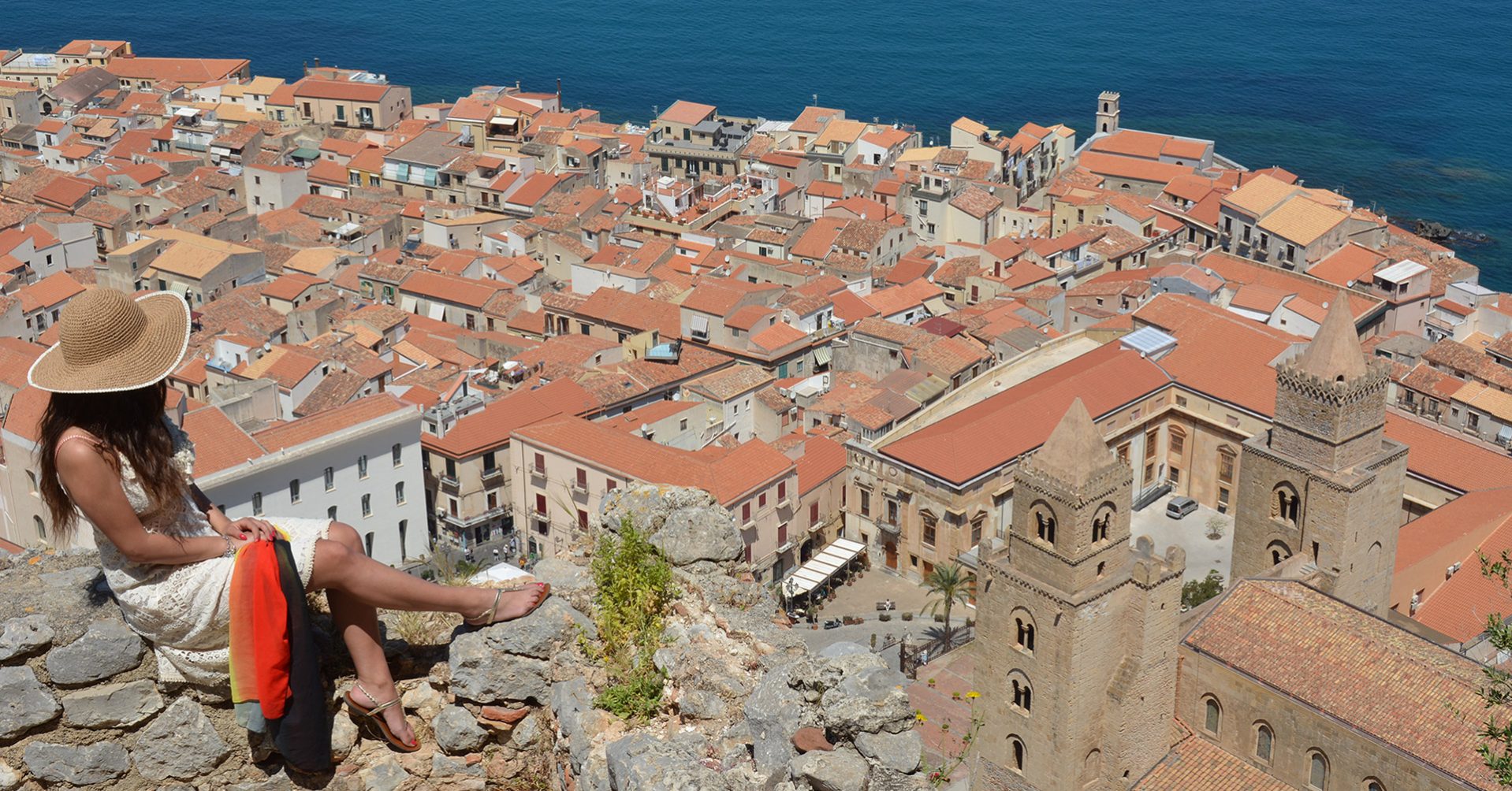 La Rocca, a shell of art and history

A journey back in time between “the magic” of the battlement walls.

“Can you see that snail? Those are the horns, and that is the shell.” This is the most commonly used phrase by the people of Cefalù to describe the image created by the Cathedral and La Rocca of Cefalù next to each other, forming, respectively, the antennas and the large shell, home of the shy snail. In fact, the idea is that a reserved and elegant snail watches over the Norman town, day and night.

But La Rocca of Cefalù is actually nothing more than a cliff, about 268 meters high, that overlooks the town giving breath-taking views and unparalleled sunsets to anyone who decides to venture into its steep alleys, ideal for a walk totally surrounded by history and nature. Walking along the battlement walls, typical of the Middle Ages, you arrive at the top, where the panorama extends from Capo d’Orlando to Palermo, with Cefalù at the base. 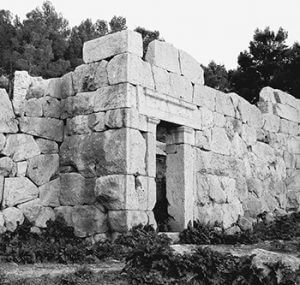 Characterised, on all sides, by high cliffs that rise up to about 130 meters above sea level, the main access to La Rocca consists of a gully that opens on the west side. Although most of the architectural remains found here date back to the Middle Ages, the archaeological research has shown traces of human presence on La Rocca of Cefalù since prehistoric times. We can assume, therefore, that Cefalù, seized by Muslims between 857-858, was located mostly right on La Rocca. The famous Temple of Diana, a notable “megalithic” monument, dates back to the 4th century BC.

“You can climb La Rocca […] out of inner curiosity, for faith […] to find yourself, to share, for joy, for rest, to get away from the right here and now […]”, says the inscription engraved on the inlay of the “Monte della Sapienza”, on the floor of the Duomo of Siena. The relationship between Cefalù and La Rocca has always been so close that, according to some historians, the ancient Greek name of the city, ‘Kephaloidion’, derives from ‘kefalis’, or ‘head’, vaguely reminiscent of the shape of the characteristic cliff.

But not only the inhabitants of the Norman town fell in love with La Rocca. According to some historical reconstructions, in April 1920 Edward Alexander Crowley came to Cefalù. A British artist, poet, ceremonial magician and thinker, known all over the world for his interest in the occult and in black magic. The Great Beast, as he became known over time, lived in Cefalù for about three years, until the day of his expulsion following a fascist ministerial order that accused him of “practising rites based on obscene behaviour”. But the magician was so enchanted by Cefalù, that he expressed in his will the desire to be buried on La Rocca, a place he himself called magical and esoteric, right at the foot of the Temple of Diana.

In addition to the remains of a medieval castle on the top, there are also the characteristic ruins of a series of mills and pipelines located in the western part that, at the time when they were in operation, used to collect and reuse rainwater. It’s easy to let your imagination fly, inspired by the archaeological findings on La Rocca. Perhaps that mighty rock represented for many, only a few centuries ago, a home or a safe hiding place on which they could rely.

A combination of art, culture, nature and beauty that surround the Norman town with spontaneity and simplicity, making it one of its kind. La Rocca of Cefalù is a magical place where you can go back in time while exploring the many pieces of ancient and modern history.