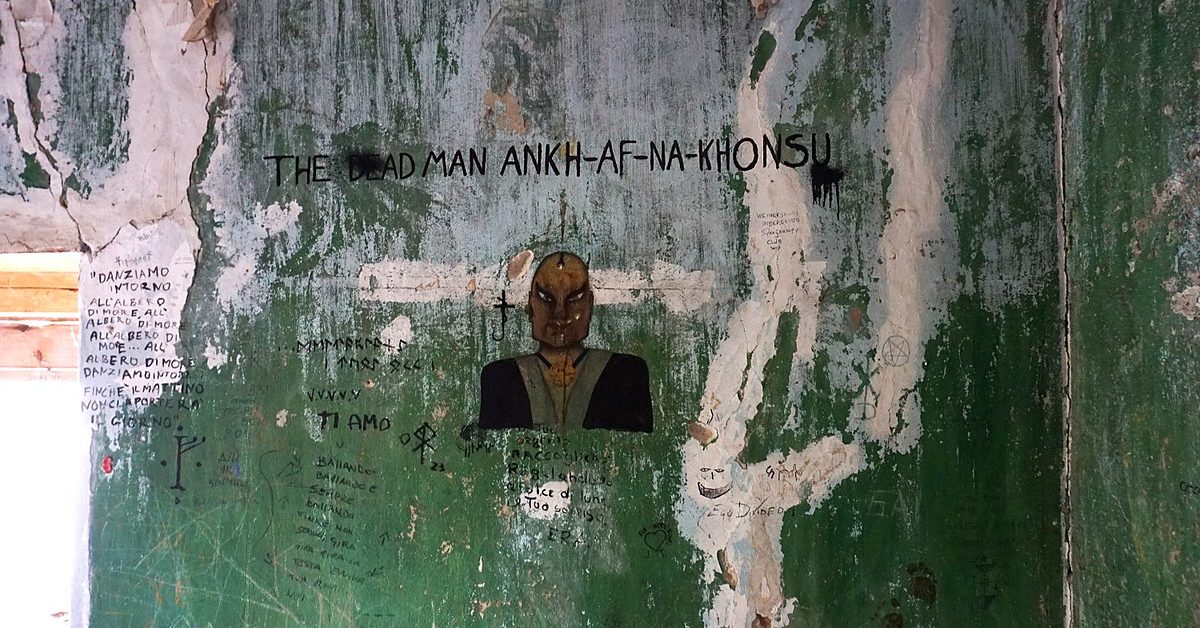 Esotericism in Cefalù: Aleister Crowley and the Thélema Abbey

The Rocca of Cefalù, a cliff about 270 meters tall, overlooking the village, has much more to offer than simply a breath-taking view. In fact, in this place, we can find traces of Aleister Crowley, a key figure in the history of modern esotericism.

A British writer, thinker, and occultist, in the 1920s this controversial figure lived in Cefalù together with his followers, until the moment when he was evicted by order of the fascist government.

Edward Alexander Crowley was born in 1875 in Leamington, in the British hinterland, son of an evangelist pastor. While studying at Trinity College in Cambridge, he began to write poetry and became interested in magic and occultism. He became a member of the Hermetic Order of the Golden Dawn, the largest occult organisation founded at the end of the nineteenth century, which based its thought on astrology, the Kabbalah and the Book of the Dead.
Aleister Crowley was very passionate about travelling and, during a stay in Egypt, he supposedly heard the voice of an entity called Aiwass. Crowley claims that this entity dictated to him the Book of the Law, upon which the Thélema religion was based.
Although Crowley wasn’t exactly a Satanist, being openly atheist, his goal was to supplant Christianity. He was moved by a strong rage towards the Christian religion, probably because of the rigid doctrine imposed by his father. After consulting the Chinese I Ching oracle, he decided to establish the Abbey of Thélema in Cefalù.

In April 1920, upon arriving in Sicily together with his concubines Leah Faesi and Ninette Fraux (called Sister Cypris) and the two Leah’s children. The newcomers aroused curiosity and suspicion among the inhabitants of the place, because of their clothing and decidedly particular behaviour.
Crowley and his followers settled in the village of Santa Barbara, in an isolated cottage that they renamed Thélema Abbey. This traditional country house still exists and is reachable via a path opposite the village cemetery. The Abbey is currently in dilapidated conditions, despite some renovation work being attempted. For this reason, today it is no longer possible to observe the numerous decorations, of which only photographic evidence remains.
The doors, walls and floors of the Abbey were decorated with nude and pornographic images, painted by Crowley himself. His aim was to accustom visitors to the sight of such scenes, to the point of making them indifferent to sexual drives.
In a large room on the ground floor, there were two thrones, destined for the occultist and his first concubine. The magician and his followers used to meet five times a day, not only to pray but also to make sacrifices of animals and conduct orgiastic rituals, sometimes under the influence of drugs.

Crowley loved Cefalù very much, to the point of wanting to be buried on the Rocca, near the Temple of Diana. But the British thinker could not stay in Sicily for long.
The mysterious practices carried out daily and the presence of children in the house alarmed the people and the bishop of Cefalù. At that time, Italy was governed by the fascist regime and on April 13th, 1923, Crowley was evicted by ministerial ordinance, due to rites based on obscenity and perversion, as well as for cohabitation with several women outside of marriage. Crowley took refuge in Tunis, carrying forward an anti-fascist propaganda through the writing of satirical poems about Mussolini, who was considered directly responsible for his expulsion.
The worst man who ever existed, as he used to call himself, died in Brighton on December 1st, 1947.