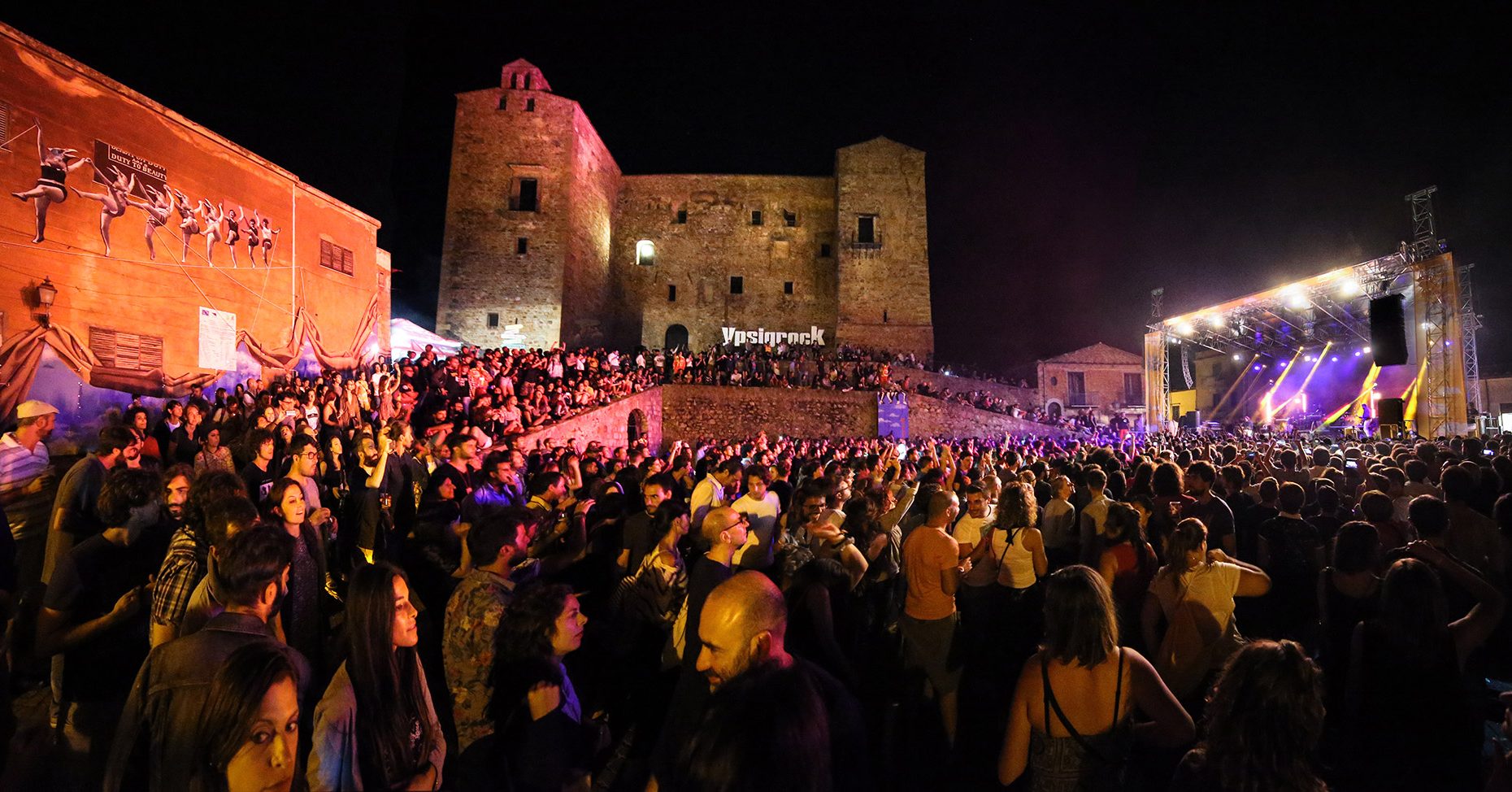 It was in 1997 when a group of young people brought the idea of an indie rock festival in the medieval setting of Castelbuono to life; and so, begins the history of Ypsigrock, “the festival that eats your heart” and the event has grown to gather attention on an international level.

With an excellent combination of music and entertainment, nature and beauty, set halfway between the sea and the mountains, the project of the festival wasn’t born simply as an event to attract tourists. The organisation was inspired by a sense of dissatisfaction due to a lack of quality live music in Sicily. The aim of the event is to offer a unique summer event on the island, in which music becomes a tool for real urban innovation, playing with the fascinating paradox of combining modern sounds with the medieval soul of Castelbuono.

It was, in fact, the striking castle of the Ventimiglia family from the 1300’s, that hosted the first edition of Ypsigrock. Throughout the years, the piazza in front of the castle continued to host internationally acclaimed artists and people from all over Europe, in the charming medieval amphitheatre.

The Sicilian town of Castelbuono, nestled in the Madonie Park, has become the scene of good music and throughout the years the festival has expanded its radius of action, affecting other areas of the town and giving vigour and life to the narrow streets and medieval cloisters. But the centre of the town and the beating heart of Ypsigrock remains the piazza in front of the castle, where thousands of people gather together, knitting together like a dancing human fabric.

“Thousands of arms, eyes, hearts dancing in the piazza with the Castle of Castelbuono towering over it. A breathtaking sight that gives off so much love.” This is what is written on the Facebook page of the event, which seems to be following in the footsteps of the famous Woodstock that, in the late 60’s, offered three days of “peace and rock music” in a small town in New York.

Ypsigrock, the “dream Ypsi&Love”, shares with Woodstock the intention and the desire to restore a particular artistic and musical identity to its location. It also aims to turn a small festival into a crossroads and exhibition of upcoming and great musicians.

Belle And Sebastian, Moderat, Kurt Vile And The Violators, Editors, Savages, Anna Calvi, Pan del Diavolo, La Crus, Afterhours, are Marlene Kuntz are just some of the artists who have contributed to the magic of the indie and rock festival. The three days of the festival remain in the hearts of those who attended the gathering as a truly unforgettable experience.

Aware of the enormous pride that Ypsigrock provides for Sicilians today – it was named the best Italian festival at the OnStage Awards 2015 – the sponsor, Glenn Gould, continues to welcome a renewed line-up of headliners each year. The aim is always towards new horizons and projects because the final goal is still that of constant regeneration and development of the urban context in which the festival was born.

Traders and inhabitants of the little Sicilian town of Castelbuono are all involved in the organisation of the event, believing that only active participation can keep up with the ideas of renewal and improvement that had inspired the festival in the first place. But, above all, the idea is to allow everyone to live in complete harmony with the experience, perhaps a bit mystical and certainly magical, of Ypsigrock.