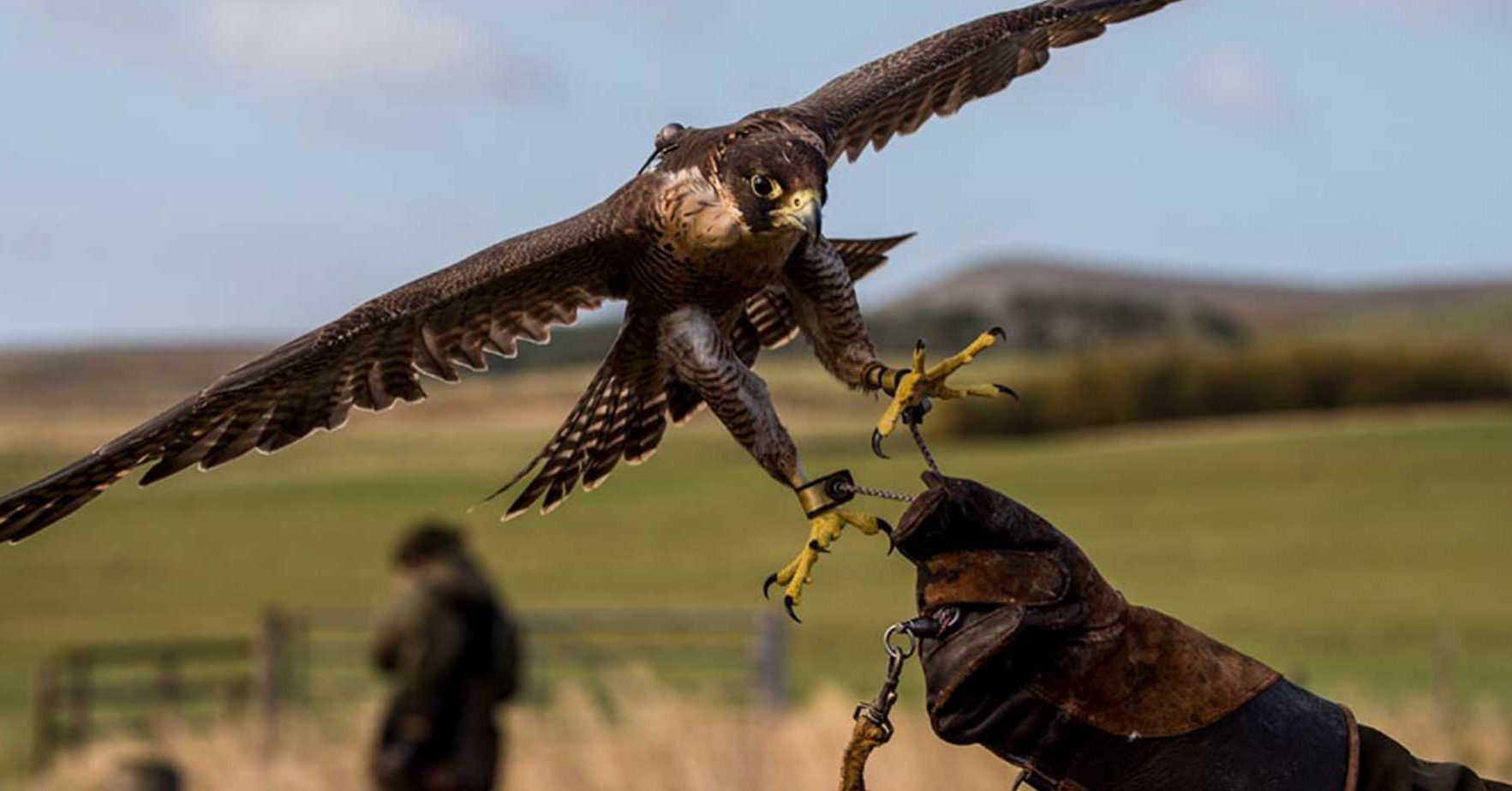 In Geraci Siculo, the last falconer of the Madonie mountains still practices his craft

In Geraci Siculo, in what used to be the capital of the county of Ventimiglia, the ancient art of training falcons is still practised.

They are all lined up on a low perch, each wearing a leather hood that covers their eyes, and are looking forward to flying once again.

Pintorna, Malia, Dalla-a’, and Cixe bear the names of four contrade (city wards) of Madonie and are the names of the four falcons of Domenico Vazzana – one of the last Sicilian falconers.

Following in the footsteps of Frederick II, in Geraci Siculo – the former capital of the county of Ventimiglia – the ancient art of training falcons is still practised. The use of special calling techniques allows people to train them as expert hunters, as it was done during Frederick II’s time. However, today their training allows them to assist in organic farming, acting as live scarecrows. This newly developed skill is very beneficial in the field of civil and military aviation. Birds of prey can, in fact, be used to rid the runways of smaller birds – that are likely to end up in the turbines and engines – by frightening them off.

It is quite easy to meet Domenico in the sprawling Geraci countryside, while he is training his falcons in the great valley that joins the Geraci Siculo with Gangi and San Mauro Castelverde. He is also a breeder and a great enthusiast of indigenous Sicilian horses, and he has honed his skills from the ancient techniques of Count Alduino Ventimiglia of Monteforte – a descendant of the historic Ventimiglia family and Frederick II of Hohenstaufen.

It is an exhilarating sensation to watch a falcon – so high up that it becomes merely a black pinpoint against the sky – ducking and diving, twisting and turning, and expertly racing after – and catching – its prey.  The dense beech and cork oak woods covering the Madonie mountains provide the perfect environment for hunting. The falcons, weighing around 1kg, and with a wingspan of around 85-110cm, combine their size, speed and training to become a ruthless and efficient hunter.

Falcons are instinctively wild animals, naturally suspicious of humans, and difficult to raise and train in captivity. A single misjudged move is enough to make you start all over again. With a human they tend to have a relationship based on equal standing: the bird of prey will never feel submissive but will only establish a bond of trust and friendship.

“The training is a combination of hard work and technique,” says Domenico Vazzana, “and it isn’t easy to get them to go up in flight: you must always calculate the direction of the wind and, because of this, it is preferable to organise performances and exhibitions during spring or summer. In addition, the position of the falcon and of other animals must also be taken into account, as well as distances between rivers and trees“.

For reservations and info on performances, Domenico Vazzana telephone 333 4826255