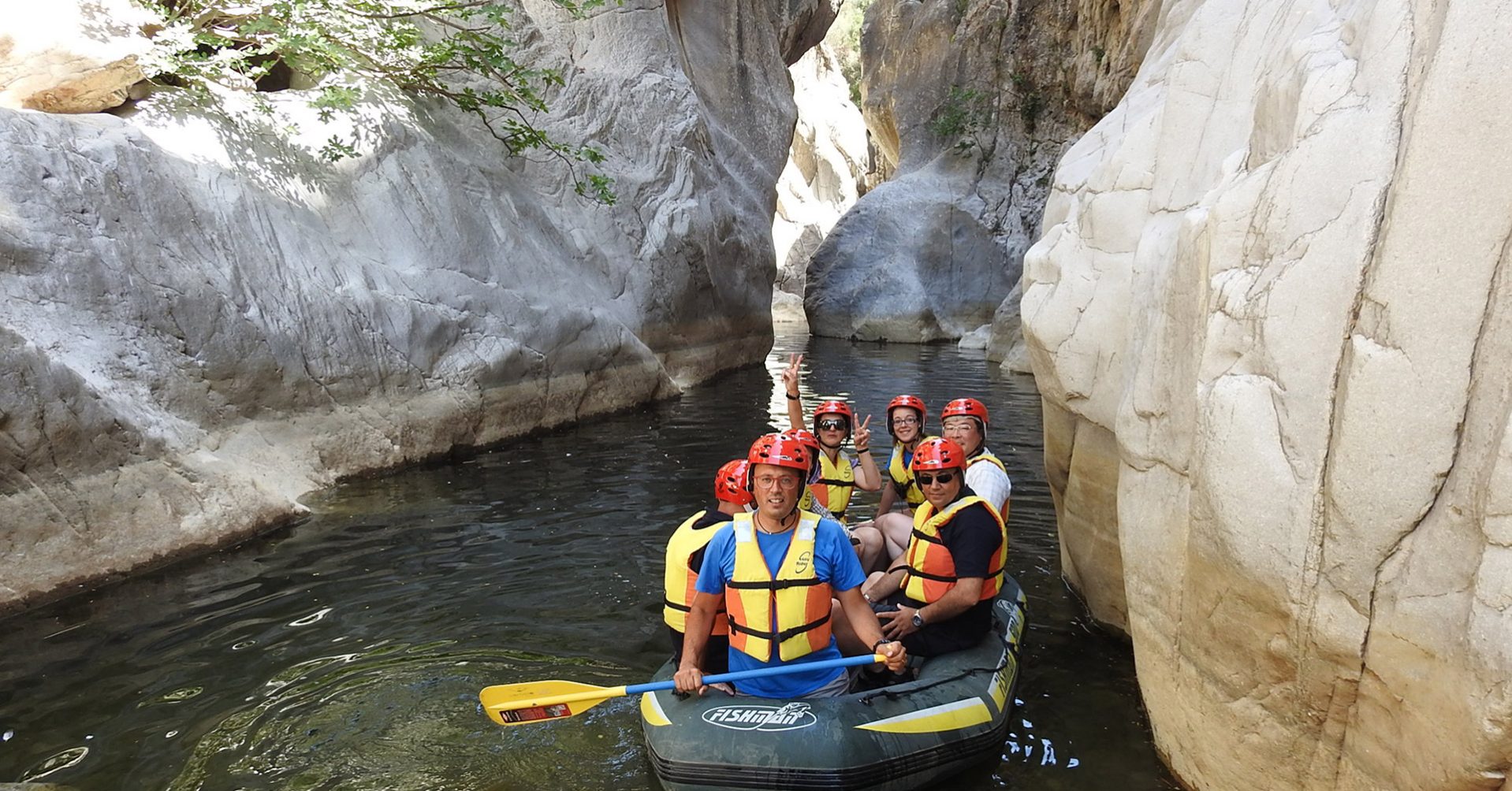 A rafting trip through the Gorges of Tiberio

Visitors will be enthralled not just by the unspoiled nature, but also by the golden sun rays that penetrate the gorge all the way in order to touch the waters of the river

The Gorges of Tiberio (2 km from the provincial road no. 60 in the vicinity of the village of Tiberio in San Mauro Castelverde) is a site in the Geopark recognised by UNESCO, and located along the river Pollina, in a triangle between the lands of San Mauro Castelverde, Castelbuono and Pollina, in the heart of the Madonie Park, only 25 kilometers from Cefalù. Besides being a fascinating place full of mysteries, this is also a place brimming with history. The naturalistic trip to the Gorges of Tiberio allows you to get away from the noise of city life and listen to the chirping of the birds and the rushing of the river. You can see the numerous nests with eggs laid by different birds, the fossils of gastropods dating back to about 120 million years ago. You will also be able to travel through the secret passages of brigands and outlaws who inhabited the many caves and hideouts of the area. Visitors will be enthralled not just by the unspoiled nature, but also by the golden sun rays that penetrate the gorge all the way in order to touch the waters of the river and are reflected on the rocks, creating a spectacular rainbow.

The trip lasts about 2 hours and involves crossing the gorge in an inflatable boat, followed by a walk along the river Pollina, which will bring the visitor – depending on the flow of water – downstream to the small gorges, or upstream towards the lakes, where it is possible to go swimming if the weather is good. Along the way, you can appreciate a typically fluvial flora and fauna consisting of European bee-eaters, grey wagtails, buzzards, a pair of golden eagles, tawny owls, crabs, eels, frogs, dragonflies – these are all endemic species that live in the Gorges of Tiberio and surrounding area. Next to the site, there is an area with toilets, changing rooms, bar, showers, tables and barbecue.