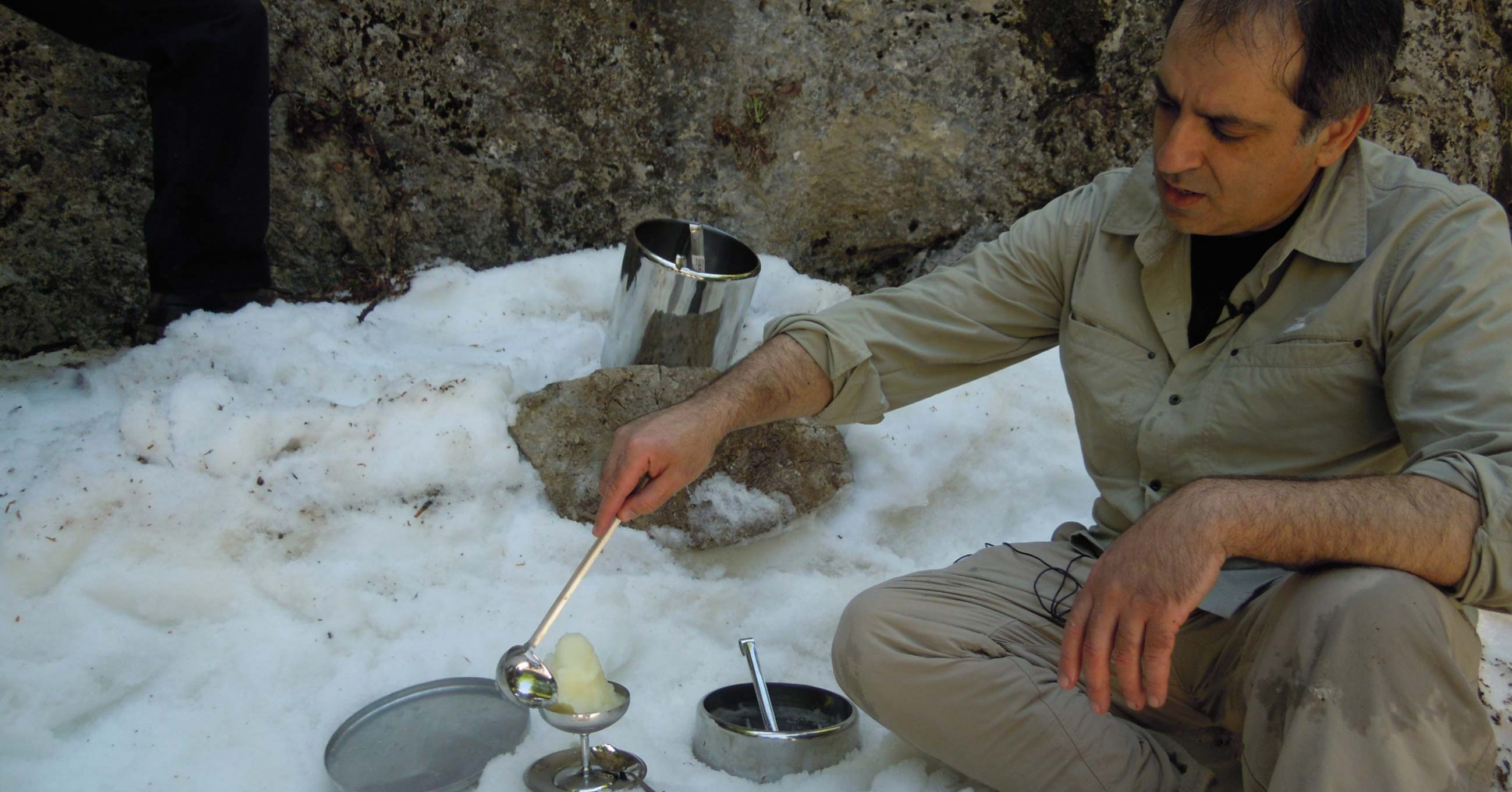 The Snow Festival, tradition and taste

“When describing the snow, you should begin with the laughter of children” (Fabrizio Caramagna)

In Sicily, even during the summer months, “po’ stari friscu” – you can stay fresh. You won’t need to resort to spells or rites of witchcraft to bring the snow to Polizzi Generosa during the month of July – the nature will take care of it. Taking part in the “Snow Festival” is an excellent opportunity to enjoy the food and the view, surrounded by the enchanting natural snowfield known as Fossa della Principessa. The snow that fell on the Madonie mountains during the winter is the undisputed protagonist here. Thanks to the cavities where the temperature remains constant throughout the year, the ice crystals can be preserved until late summer.

An old tradition that has been kept alive over time, allowing all those who take part in the event to experience a very characteristic and suggestive moment. In the past, entire families or teams of “nivalora” (snow wardens) used to climb the mountain, reaching these vast snowfields, where sleet piled up during the winter months. Once all the snow was collected, it had to be pounded thoroughly to make it more compact and facilitate the formation of ice, that would then be covered with straw and branches, thus creating a kind of thermal insulation. These preserves of ice could then be sold or used to produce ice cream during the summer festivals. In 1999, the Polizzi section of CAI (Italian Alpine Centre), in an attempt to give a greater prominence to this ancient craft, transformed the hike to the snowfield into a Snow Festival.

A must-see summer event for the mountaineering enthusiasts, traditionally held on the third Sunday of July. The long and stunning hike starts from Piano Battaglia and ends at the Principessa snowfield where, at an altitude of over 1,800 meters, some of the sinkholes preserve for the whole the summer the snow that fell during the winter months. But, quoting a famous Italian singer, “the best is yet to come“: the snow collected during the hike will be used to make delicious slushies (“granita”) and fresh gelato ice cream, prepared rigorously in a natural way.

The CAI of Polizzi, under the patronage of the Municipality, provides a chance to witness one of the most distinctive natural events in Sicily by keeping alive the traditions and annual commitments – and it is also a great opportunity to taste the typical Sicilian granita, famous all over the world! Isolate yourself from the rest of the world for a few hours, surrounded by the greenery of the mountains and the fresh alpine breeze, accompanied by the sound of the wind and the scent of the wild nature of the Madonie – this is the mood to follow for all those who choose to spend a day full of pleasure, good food and fun.