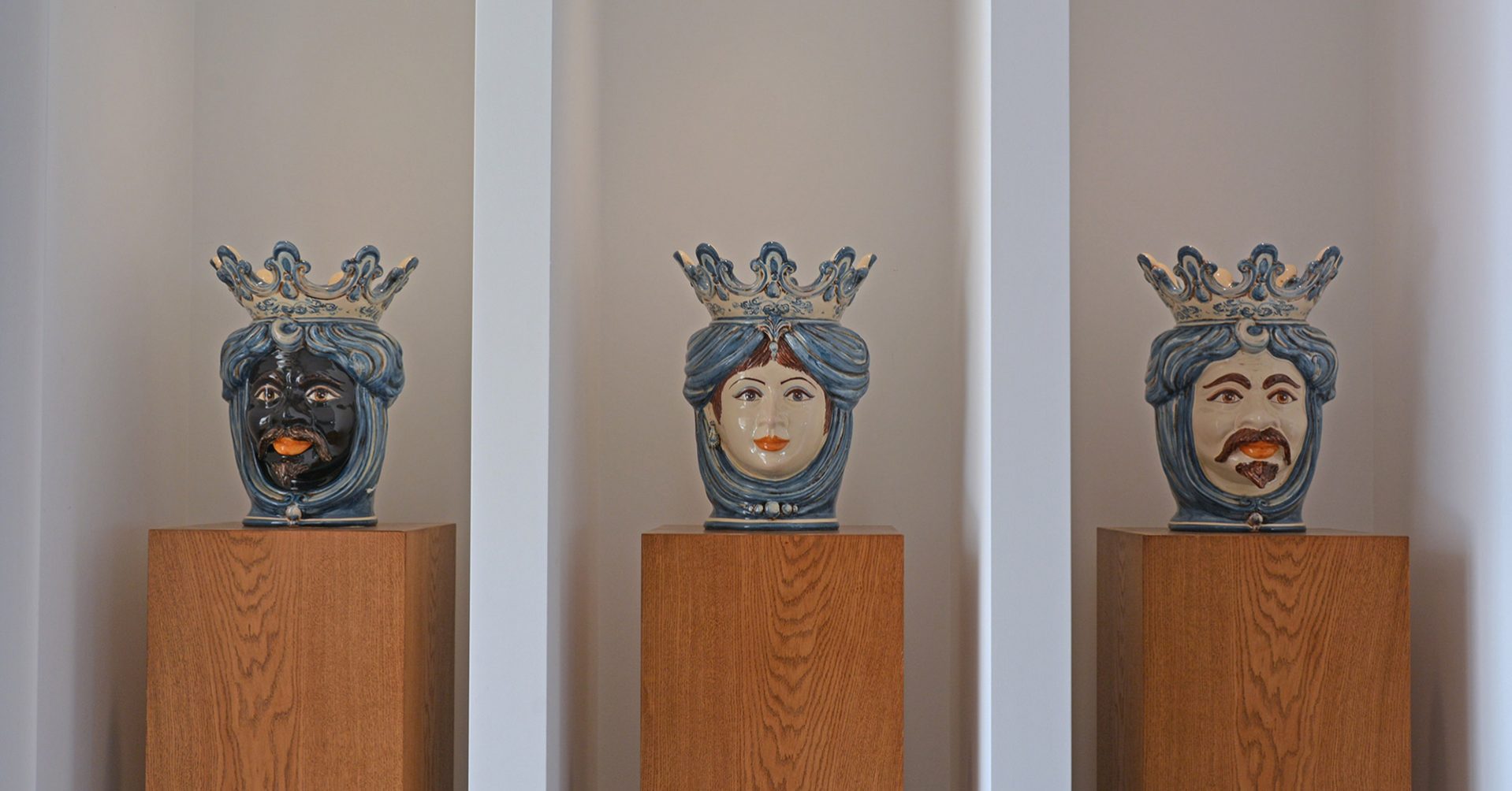 Santo Stefano di Camastra, the town of ceramics: the colourful village that has risen from the ruins

If a traveller, a tourist, an explorer, wandering around the Sicilian towns, discovered by chance Santo Stefano di Camastra, they wouldn't have any doubts as to why that village in the province of Messina is known as the “city of ceramics”.

If somebody got lost among the streets of that little town in Parco dei Nebrodi, a short distance from Palermo and 50 km away from Cefalù, they would notice some truly colourful details: from the house numbers to the shop signs, from the flooring to the decorated fountains, benches and walls covered with majolica tiles, ceramic vases, which appear here and there, as if the village was a meticulously decorated house in itself.

And so, the traveller would ask, what is the history of Santo Stefano di Camastra? The history of the province of Messina as we know it today, so sunny and colourful, actually starts from its destruction. The town, that rose from the ruins caused by the disastrous landslide of 1682, up until that point used to be called Santo Stefano di Mistretta and only later was named “di Camastra”, in honour of its benefactor.

The rebirth of the town centre was possible thanks to the work of Giuseppe Lanza, Duke of Camastra, who brought the town closer to the coast. From the 11th century, the period of his alleged construction, and until the 17th, the small group of rural houses was linked to the centre of Mistretta. But after the destruction and the reconstruction of the old Santo Stefano, the town gained a new identity and name in 1812.

The Duke himself developed the urban project, in collaboration with Grunemberg, one of the greatest military engineers of the time. From their work one of the fascinating historical centres of Sicily was born: a square divided in four parts, with a diamond shape and two diagonals that go through it.

Following the disaster and the rebirth, the soul of Santo Stefano di Camastra strengthened and with it the local economy, based on the production of handmade ceramics, became stronger too, especially when the products started to be exported outside of Sicily. The production of clay, of the beautiful majolica tiles, of decorative objects such as vases, jugs, plates, holy water fonts, and many more are thus linked to the fate of the new village and its merchants, who made ceramics their trademark and their cultural and artistic identity.

The handmade objects and decorations with their bright colours, mainly orange, yellow, green, blue, and violet, fill the streets of the town, thanks to the various shops displaying their goods along the street and transforming Santo Stefano di Camastra into a small open-air museum. A symbol of this extraordinary art is the Museo della Ceramica, located in the former residence of the Duke of Camastra, now called Palazzo Trabia, that recently became the beating heart of the cultural activities of the town.

But when talking about art, it’s impossible not to think about the history that links the neighbouring communities to Santo Stefano: that explorer who accidentally stumbled across the ceramics town, couldn’t miss the enthralling path of Fiumara d’Arte, an original open-air museum comprising 12 works of contemporary art found in Castel di Lucio, Mistretta, Tusa, Motta d’Affermo, Pettineo, and Reitano.

The idea was born from Antonio Presti’s request to make a monument for Pietro Consagra in memory of the father at the mouth of the torrent (or fiumara) Tusa, which could also be of use to the community. The art project then began to take shape and overcame the initial idea: Antonio Presti decided to involve other artists and give life to a garden of structures, that intersect, merge and embrace the landscape of the area. Despite the difficulties encountered because of the resistance and of the lack of approval from the town’s administration that hadn’t acknowledged the potential for tourism, the Parco di Fiumara d’Arte became officially recognised in 2006, after twenty-five years of battles, and now the museum represents one of the most enchanting stops of the Sicilian itinerary.

News and events by the Editorial Staff of Cefalu.it.