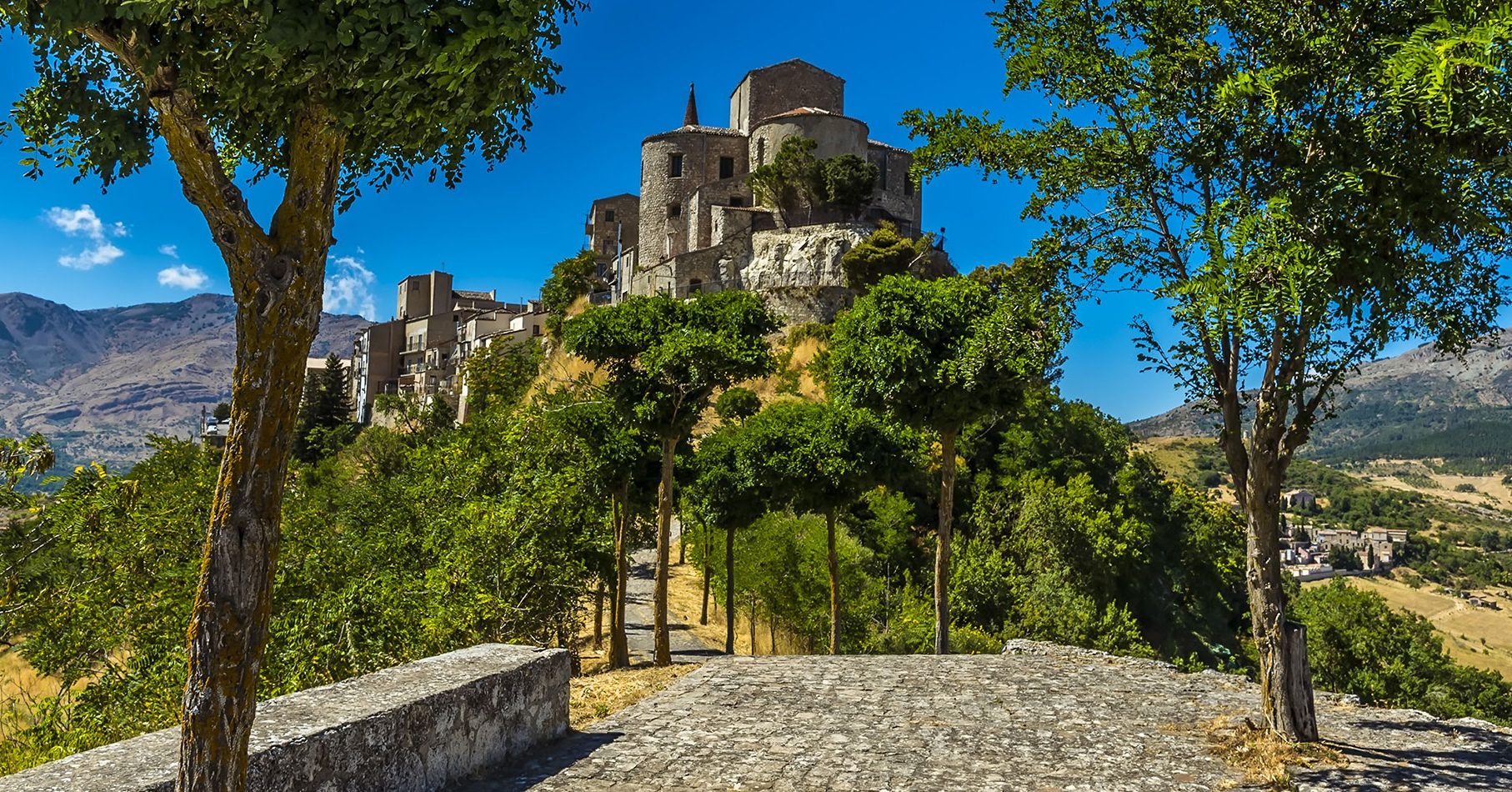 Petralia Sottana and Soprana, the lands in between

A land in between. These are the Madonie mountains, on the border between three provinces that share traditions, art, and a culture of food and wine.

The two Petralia towns, Sottana and Soprana, are truly unique. For the perfect itinerary, follow the SS120 and then go up the road – that becomes more and more narrow – until you get to Petralia Soprana, 1000 metres above sea level, perched on a rocky cliff.
Narrow alleys, porches, stairways and cobbled streets welcome the visitor. Its urban structure and its lattice of narrow streets develop around the core of the castle. Churches, palaces and monuments preserve in their interior precious treasures of art, such as the 17th-century Chiesa Madre with its Late Gothic portal from the 1500s, and the Chiesa della Santissima Trinità, home to a marble polyptych with 23 bas-reliefs, depicting the life of Jesus (1542), created by Gian Domenico Gagini, as well as the Convento dei Padri Riformati and the Chiesa della Misericordia. The mount Alto rises at 1850 m above the sea level and is the highest Shrine of Virgin Mary in Europe, house to a beautiful marble statue of the Madonna with the Child, belonging to the Gangi School of sculpture.
The historic centre boasts an urban geology trail (first of its kind in Europe), which is just like a real museum but scattered through the town, and the Antonio Collisani museum, with its archaeological and geological sections.
Petralia Sottana is home to several UNESCO sites of the Madonie Geopark, a network of trails and a great base for hiking, cycling, and horse-trekking, whilst Piano Battaglia has the only ski resort in western Sicily. For those who love extreme sports, there is also the Parco Avventura in Contrada Gorgolungo. Do not miss a visit to the site of industrial archaeology: the hydroelectric power station of Contrada Catarratti, dating back to 1908.

A stone’s throw away, overlooking one of the most beautiful panoramas of Sicily, is Petralia Soprana, with its three belvederes: Loreto, Carmine and Piazza Duomo.
The Piazza and the church of Santa Maria di Loreto has a very unusual look, characterised by its majolica spires, and a beautiful marble altarpiece inside the church, attributed to Giandomenico Gagini (16th century), the wooden sculptures from the 17th century representing Saints Cosma and Damian, and two wooden sculptures probably by Filippo Quattrocchi da Gangi. In Piazza del Popolo, there is a Neo-Gothic municipal palace, the Palazzo Pottino of the Marquises of Eschifaldo, with its 19th-century mosaics, as well as the Oratorio delle Anime Purganti, and, further down, the marble Baroque fountain by Billiemi dei Quattro Cannoli. The Chiesa Madre, dedicated to Saints Peter and Paul, faces the spectacular Piazza Duomo. It’s surrounded by a colonnade on one side and enclosed by a Norman bell tower, with an Arabic-style window, and an 18th-century bell tower on the other. Inside is a crucifix carved by Frate Umile da Petralia (1623), the first of the 33 crucifixes in the whole world. Peeking through the many narrow streets that reveal a fascinating history, you will eventually find yourself in front of the Chiesa del Salvatore, that holds inside several paintings and sculptures, including one of Saint Joseph by the sculptor Filippo Quattrocchi, as well as a representation of Saint Theodore. After a short walk, you will arrive at the Convento dei Frati Minori Riformati, and the 18th-century Villa Sgadari. Museo Civico della Memoria e del Presente and its archaeology section definitely deserve a visit, as well as the exhibition of vintage clothes and accessories from the Piraino collection in Palazzo Pottino, and the municipal library with its 30,000 volumes. Walking through one of the most beautiful villages in Italy, you will notice several prestigious buildings, such as Palazzo Pottino Marchesi di Irosa, Palazzo Vigneri, and the Palazzo Sabatini-Salvia in Piazza San Michele. In the hamlet of Raffo, there is the large salt mine, with an exhibition of salt sculptures. The trips in the surrounding areas include a visit to the Gorgo Pollicino sites and, a bit higher up, the Piano Catarineci; as well as the ruins of a Roman aqueduct near Contrada Cerasella.