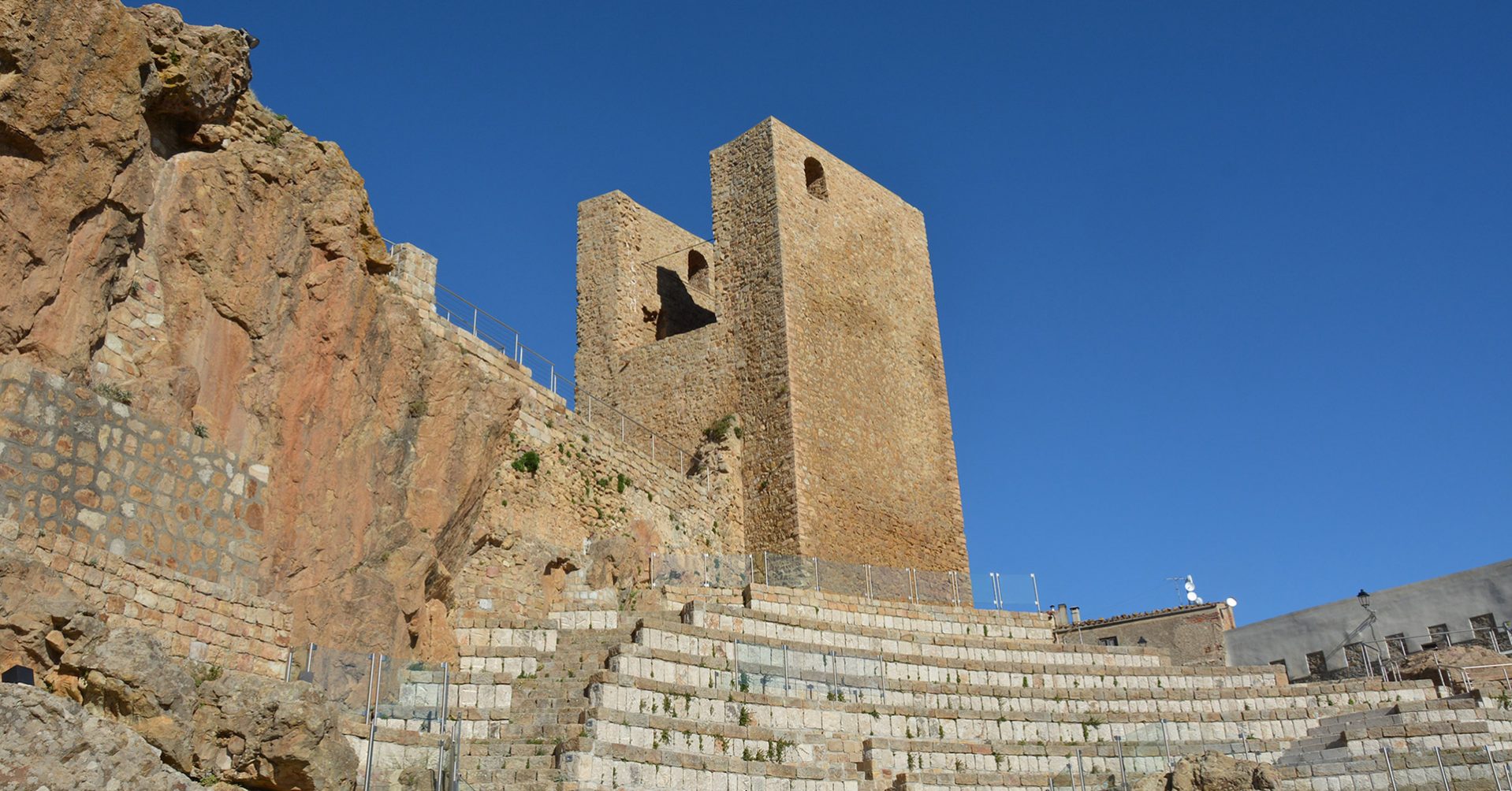 The perfect combination of historical buildings and landscape. A village perched on top of a mountain, conveying an extraordinary sense of balance and harmony, a natural terrace that overlooks the Tyrrhenian Sea on one side and the green Madonie mountains on the other. In Pollina, you can see, touch, and smell the quality. In short, here you will find everything and more – landscape, culture, art, and sea. A walk through the distinctive narrow streets allows you to take a step into the past and admire the symbol of Pollina, an architectural jewel between the square tower and the castle – the Pietra Rosa Theatre, built in 1978. Its unique feature is the rosy and white stone used for its construction, but most of all this is a place where you can enjoy a panoramic view from one side of the coast to the other.

According to some historians, Pollina is the modern heir of the Greek city of Apollonia, dedicated to the god of light. It also incorporates a densely populated coastal village, Finale di Pollina, that developed around one of the sighting towers. Always considered a place of delights, an ideal place to holiday and enjoy the sea thanks to the beautiful beach of Torre Conca, now renamed as the Valtur.

The main religious building of Pollina is its Mother Church, dedicated to Saints John and Paul, which preserves most of the artistic heritage of Pollina, such as the masterpieces of Antonello Gagini, a Nativity scene (1526) and a group of sculptures depicting the Madonna with St. Joseph and baby Jesus. The same author is also credited with Madonna delle Grazie (Our Lady of Grace) (1515) and the remarkable marble tabernacle that houses the bas-relief.
The church of San Giuliano, patron saint of Pollina, is also worth a visit – it’s a great example of Romanesque architecture. Unfortunately, the church was remodelled in the 19th century.

On top of the hill stands the castle, of which only a few ruins remain today. Not far from here, you can see the imposing square tower that, between 1548 and 1550, was used as an astronomical observatory by the great scientist Francesco Maurolico of Messina. A Venetian architect, Antonio Foscari, designed the modern amphitheatre of Pietra Rosa in 1978, built between the castle and the medieval tower. 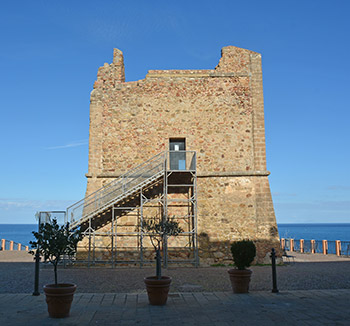 Coastal Tower of the Marquis in Finale di Pollina

One of the most beautiful historical relicts of the coastal village of Finale is the Marquis’ coastal sighting tower that overlooks the cliff, positioned on a rocky spur from which you can enjoy the incredibly see-through waters of the sea and the panoramic view from Cefalù to Capo D’Orlando.
There are several possibilities for excursions in the heart of the Madonie Park but one of the peculiarities of the Pollina countryside is the presence of ash groves: from these trees, from July to September, locals extract manna – the sap of ash trees – and in this period you can observe this ancient extraction technique. Manna is used as a laxative or cough sedative, but also as a sweetener and in food preparation.
In the area, bordering that of San Mauro Castelverde, flows the river Pollina, on its way towards the sea, dug into the spectacular Gorges of Tiberius.

The area of Serra Daino (550 m above the sea level) is also worthy of a visit. It is an exceptional botanical garden of Mediterranean essences: cork trees, olive trees, mastic trees, strawberry trees, brooms, evergreen oaks, myrtles, and where you can also admire wild orchids.