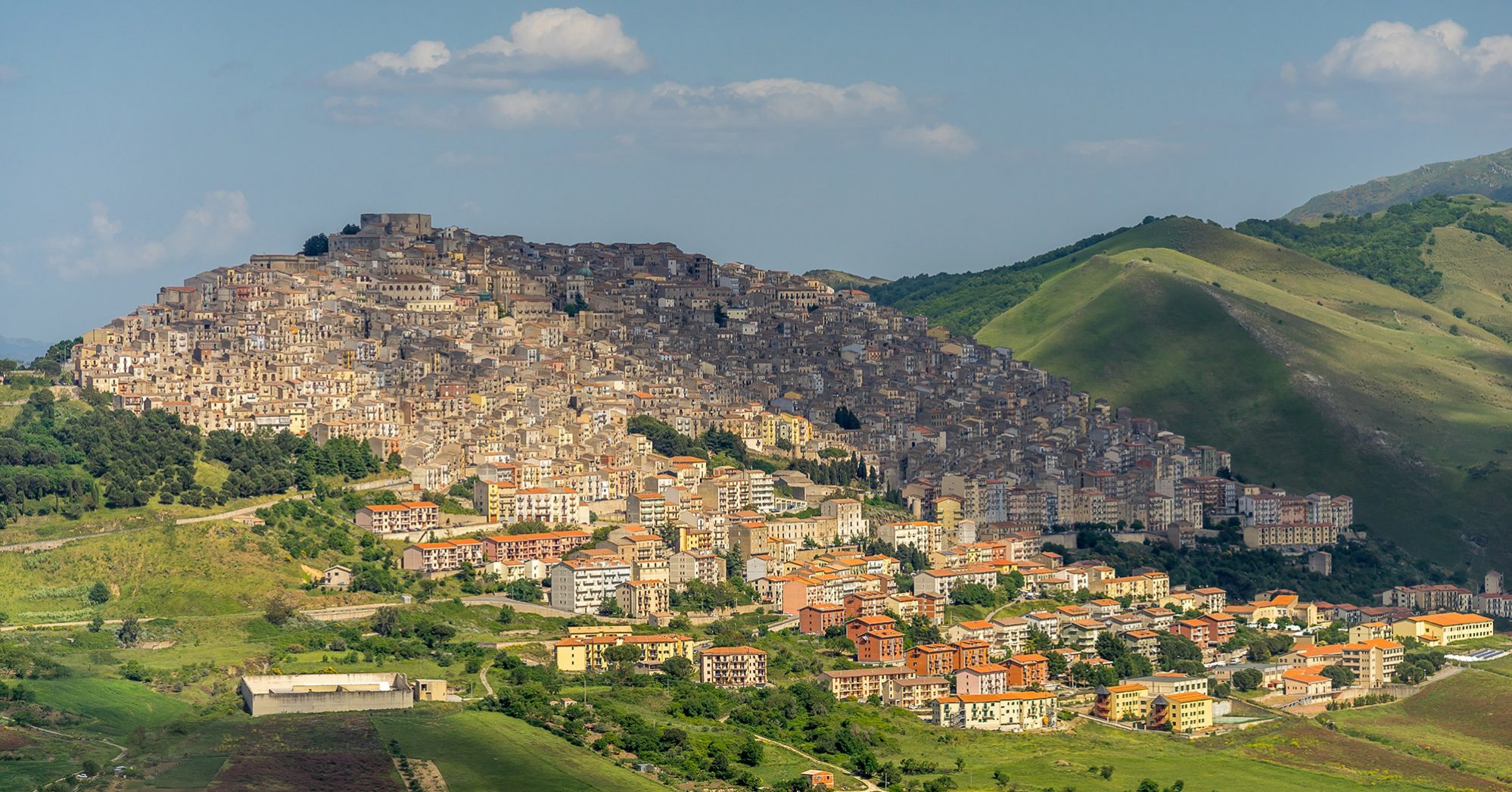 Gangi and Geraci Siculo, the treasure chests of art and culture

There are some truly beautiful places in the Madonie, with Gangi and Geraci standing out like two gemstones in the mountain range of the province of Palermo, a trip worthy of a dream

In the heart of the Madonie mountains, on the border between the provinces of Palermo and Enna, there are places where the encounter between the human being and the environment still manages to evoke emotions, chests that preserve precious treasures, testimonies of culture in a land shaped by generations. There are some truly beautiful places in the Madonie, with Gangi and Geraci standing out like two gemstones in the mountain range of the province of Palermo, a trip worthy of a dream: the dream of living in two of the most beautiful towns in Italy. Nestled on Mount Marone, at dusk, Gangi looks like a hat of light on mountain’s head, with the highest volcano in Europe in the background, mount Etna. The succession of narrow streets, squares and courtyards embellish the town, with Corso Umberto I and Giuseppe Vitale representing the backbone of the historic centre.

Museums, churches, baronial buildings allow you to immerse yourself in the “pueblo urbano”, with the Torre dei Ventimiglia looming over the town. An immense cultural treasure is Chiesa Madre, where the masterpiece by Zoppo di Gangi, “The Last Judgement”, a canvas measuring 5 by 4 meters, is kept, together with several wooden statues, carved by Quattrocchi, and a crypt with a hundred mummified clergymen of Gangi. The eighteenth-century Palazzo Bongiorno, with its frescoes by Fumagalli, the Museum Centre of Palazzo Sgadari with its archaeological and ethnoanthropological sections, the Gianbecchina gallery and the Museum of weapons. The bond of the land with its distinctive cuisine is also very strong.

Only a few kilometres away, where the roads are made of stone and carved in stone, where nature blends with what is built by humans, Geraci Siculo is located. Plentiful are the remains dating back to the domination of the noble family of Ventimiglia: the ruins of a castle, the gothic chapel of Sant’Anna from the XIV century, the Chiesa Madre of the late medieval era, home to two sculptures of Gaginiana School, the Watchtower (XIV century), the church of San Bartolomeo and that of Santa Maria della Porta. Do not miss a visit to Musebach, the ethnoanthropological museum, housed in a seventeenth-century Convento dei Padri Cappuccini, which collects evidence of the agro-pastoral culture and civilisation and some unique pieces: the funeral mask of wax and a very precious small painting of “Mater Salvatoris” by a Flemish artist of the XVI century. It is possible to admire the rich library heritage with works of the 1500s and the precious volume from 1596: Frederick II “De arte venandi cum avibus”. The recently built Museo Ecclesiastico Parrocchiale “Santa Maria Maggiore” is divided into six sections: Art Gallery, Silverware, Jewellery, Vestments, Stones, and the Archpriest Historical Archive. The centre of the exhibition is the so-called “Sacro Tesoro”, composed of ancient and valuable liturgical furnishings of gold and silver, and the many finely embroidered sacred vestments. The visitors will be amazed by Rifugio dell’Aquila, a museum as well as a restaurant, with a collection of minerals, fossils, shells, reptiles, beetles, moths, and the unique “Helius”, a pig with cyclopia. And maybe after trying a few glasses of wine it is better to spend the night in Geraci Siculo, at the “Notti O’Tunn” guesthouse, located in an ancient mansion.